(unaffiliated with Vote No)

No mucking around. Here are the answers to the questions we've all been asking, including...

Plus everything else you ever wanted to know...

tell me more about the referendum...

This citizens initiated referendum will be done by post. It will start on 31 July, and you will need to post your forms back by 21 August.

The referendum came about because more than 300,000 New Zealanders signed a petition. The petition demanded a nation-wide referendum on the question "Should a smack as part of good parental correction be a criminal offence in New Zealand?"

In order for you to vote no, you will need to be a registered voter...

Find out more about registering and voting

what do the people say?

The polls are consistent. They show that the majority of Kiwis are opposed to the anti-smacking law. Thousands of New Zealanders marched in protest of the anti-smacking bill in Christchurch, Wellington and Auckland. Hundreds of thousands of us signed the petition so that we could have a chance to vote no in the referendum.

Read your views | submit a comment | view the polls 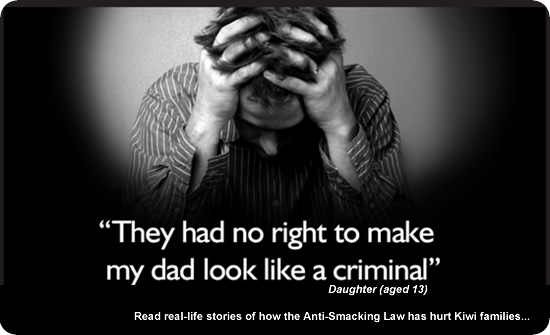 voteno.org.nz is brought to you by Family First NZ | website design by equipbiz

Authorised by Bob McCoskrie for the Vote No Campaign, 605b Gt South Rd, Manukau City